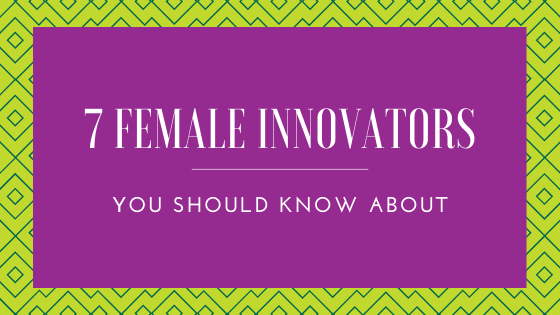 7 Female Innovators You Should Know About

Forbes did respond to the Twitterstorm the article created and admitted that the methodology behind the collection of innovators should be rethought. But the list remains untouched, Barbara Rentler, CEO of ROSS Stores, still holding strong at #75 as the lone female among her constituents.

Members of The Ellis School’s faculty and staff saw this as an opportunity for reflection. What does it mean to be an innovator? Does an innovator or leader necessarily have to be a CEO or work for a large company? (Spoiler alert: No.) Who are some innovative women whose work should be raised up and recognized? A brainstorm ensued.

The consensus? There are many different kinds of leaders and innovators out there, and women are certainly among them. Here are 7 of the female leaders who are currently inspiring our faculty and staff.

Actress, Founder of the Geena Davis Institute on Gender in Media

When she noticed that television programming for children often lacked significant roles for female characters, actress Geena Davis spoke with industry representatives about this problem—but they dismissed her concerns. As a result, she launched the Geena Davis Institute on Gender in Media, which now conducts exhaustive research to combat unequal gender representation in family entertainment.

“Geena Davis saw a problem in the world and went about fixing it. She took the initiative to find a solution and used her influence to make a difference. Her leadership has created significant change in the messaging of major networks and studios, and through her work, she has helped to create more representative roles for women and girls in the media.”
-Brea Bianco, Assistant Director of Annual Giving

She’s Fighting the Injustices of Algorithms

Joy Buolamwini refers to herself as a “poet of code,” using art, poetry, and her gift for communication to explain the injustices in commonly used algorithms. Joy is also a founder of the Algorithmic Justice League, a collective that aims to highlight algorithmic bias and develop accountability practices for designers, coders, and developers. Her op-eds on the impact of artificial intelligence have been featured in TIME Magazine and The New York Times, and her thesis for MIT revealed racial and gender bias in the AI services of companies including Microsoft, IBM, and Amazon.

“I first learned about Joy Buolamwini from her featured TED talk in which she addresses how her black skin isn't found by computer vision algorithms. This inspired me to take a closer look at how algorithms make decisions about our lives, like which job applicants get seen and who is identified by security cameras. I show my students Joy's TED talk and spoken word art to inspire them to think about how they can use all their tools, from their technical expertise to their creative expression, to affect change in their world.”
-Michele Lombardi, Middle and Upper School Computer Science Teacher

She’s Making Her Mark with Music

Natalie Ragins is a multi-talented musician with experience in a wide range of genres, including gospel, R&B, soul, hip-hop, and jazz. The only female instrumentalist who tours with Tyler Perry, Natalie has worked as an organist/pianist for a number of Perry’s stage plays and served as the Musical Director of his 2014 touring show. Natalie has also appeared in The Hate U Give, Joyful Noise, and a number of Tyler Perry films and television shows.

“Natalie Ragins is the most influential woman in music to me right now. As a teacher and a musician, I’m always looking for role models in the music industry, and it can be hard to find female ones in such a male-dominated field. I would love to tell my students about Natalie because I want them to see a woman, especially a woman of color, doing important things in music today.”

She’s Lobbying for Language as a Human Right

Words matter, and no one knows that better than Mary Jayne McCullough, who has dedicated her career to improving language access for immigrants and refugees in Western Pennsylvania. As Founder and Director of Global Wordsmiths, she drives initiatives that help connect individuals who have limited English proficiency with translators and other interpretation services. She also works to develop innovative ways of helping people communicate in order to access the services they need.

“I admire Mary Jayne’s creativity and initiative. She saw a need and started with a small, experimental idea that has grown incredibly well. Mary Jayne will be speaking at an Ellis assembly later this year on February 12. I can’t wait for our girls to hear her thoughts on finding ways to combine your interests with the needs you see in the world.”

She’s Exposing the Invisibility of Women in Data

Our world runs on data, and if you ask Caroline Criado-Perez, that’s cause for concern. Why? Because from tech companies not considering women’s palm sizes when designing phones to vehicle safety tests only being conducted with crash dummies based on male bodies, data largely fails to take gender into account. In her groundbreaking book Invisible Women: Data Bias in a World Designed for Men, Caroline draws attention to this data gap and explores its causes and implications. The book has been translated into twelve languages and shortlisted for the 2019 Financial Times and McKinsey Business Book of the Year Award.

“I started the Gender and Power class this year by having my students look at the introduction to Caroline’s book. Her work is very important, especially for our STEM students, because it shines a light on an extreme problem. Caroline uses both abstract ideas and concrete data to reveal how invisible women are in certain industries. You’d think this would be over by now, but it’s not, and Caroline’s work shows how far we as a society have to go to make sure women are being included in everything from city planning and science to politics and technology—and more.”
-Susan Corbesero, History Department Chair

Suzanne Ciani is one of the pioneering artists of synthesized, electronic music. Her work with synthesizers, dating back to the 1970s, was among the first of its kind, creating innovative electronic music and sound effects used in various films, television shows, and commercials. Suzanne is a Golden Globe winner and a five-time Grammy nominee, and in 2017, she became the first woman to receive the Moog Innovation Award.

“What I admire most about Suzanne is her uncompromising nature. In a field dominated by men, it would have been easy to take a supporting role or not push to have her voice heard. Instead, through her connection to these unique kinds of music, Suzanne has become a pillar of the music community, all while maintaining her "do it yourself" ethos.”

CEO and Co-Founder of 412 Food Rescue

Leah Lizarondo used her passion for food and health advocacy to launch 412 Food Rescue, one of the fastest-growing food recovery organizations in the United States. Leah’s organization uses technology to connect retailers and nonprofits with over 8,000 drivers in five different cities. These “food rescue heroes” pick up healthy food that would otherwise be thrown away and deliver it to those experiencing food insecurity. Currently, 412 Food Rescue has prevented over 6 million pounds of food from going to waste.

“With 412 Food Rescue, I think Leah has done a remarkable job of identifying a problem, assessing the tools and resources she would need to address the problem, and then following through with her idea to launch a business to fill the gap. I think she could teach girls that you can take a bunch of things you are interested in—food, technology, sustainability, social justice—and find the intersection of all of them. That intersection may be where your great idea will come, where your passion will live, or where your desire to be a changemaker will be unleashed.”

Want to learn more about what inspires Ellis faculty and staff? 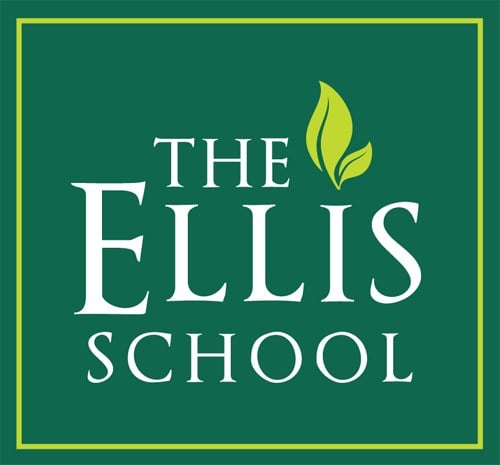